Impatiens balsamina excels at the coast and can become an attractive nuisance as it re-seeds everywhere. It needs no special attention, grows in the ground or in pots, enjoys sun or shade. The flowers are different shades of red, pink, white and purple, although the colour eventually reverts to light pink. During the dry season it may struggle a little.  White fly and red spider-mite can be a nuisance.
It is said that the juices from the leaves can be used to treat warts – I have not tried it.  Updated 15/9/2018 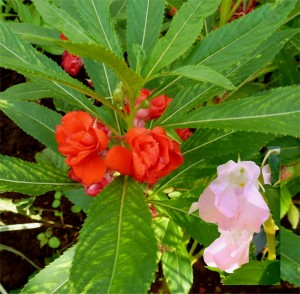 Morning glory was first known in China and was used as a medicine as early as the 9th century.  The Ipomoea family has approximately 57 genera and more than 1650 species. Some are beautiful, others like the sweet potato edible, whilst others are horrendous weeds, for example bindweed.
In parts of the Australian bush, some species of Morning Glories are a serious invasive weed.
Propagation: Seeds should be soaked for 24 to 48 hours, and then sown in pots of sandy soil; cuttings can be inserted in good soil, and shoots can be layered.  Updated 15/5/2018

The term Morning Glory covers a host of sins.  Morning Glory was first known in China and used as a medicine but the Japanese were the first to cultivate it as an ornamental flower in the 9th century .

Ipomoea has over 1,000 flowering species of.  It is a fast growing plant with a twining habit and is very tolerance of poor, dry soil.  The common blue flower is a perennial and goes go on flowering forever until it gets too untidy and is best cut to the ground when it will spring up again, so this is best done at the beginning of the rains.  Whitefly, Red spider mite and mealy bug are fond of Ipomoea. 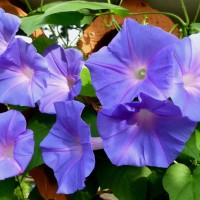 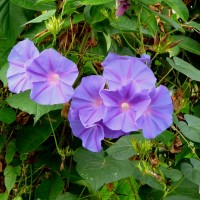 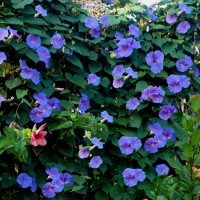 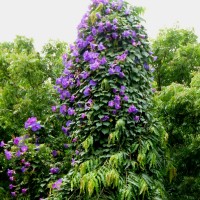 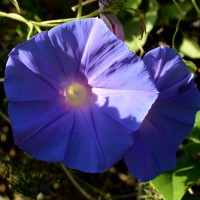 Ipomoea macrantha, or moon flower has huge white fragrant flowers, which open around 5 pm and last for the night.  This does very well in the garden, growing close to the sea front and, given a chance, it self-seeds.  Whitefly and mealy bug can be troublesome. 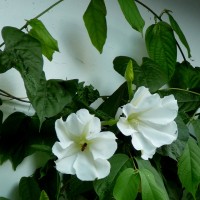 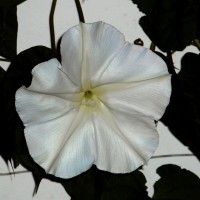 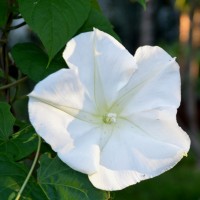 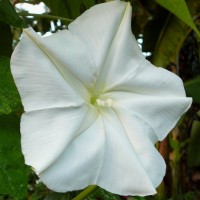 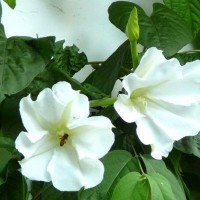 Ipomoea horsfalliae is native to the Caribbean and Brazil and named after Charles Horsfall (1776-1846), an avid botanist who was Lord Mayor of Liverpool.  In Hawaii it is known as Prince Kuhio’s vine, named after the Prince who grew it on his property in Waikiki.

It is a tuberous climber with a milky sap.  When not in flower the dark green glossy leaves are beautiful, and then it comes alive with shocking pink, fuchsia coloured flowers, which last for a long period.  It requires something to climb over and is good for framing arches.  Bees, butterflies and birds love the plant when it is in flower.

This is not the easiest plant to grow as it is rather temperamental.  It likes to grow and climb into the sun and needs rich soil with plenty of compost added.  I have had a lot of trouble with some unidentified grub that bores into the woody stem and kills the growth above that point.  It is difficult to propagate and sets seeds irregularly. 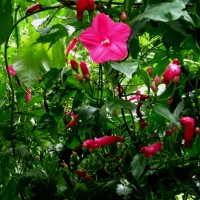 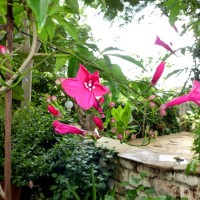 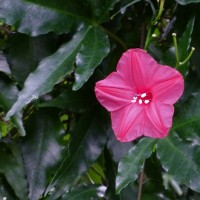 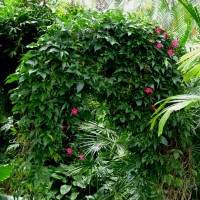 Ixora is possibly a native of Asia.  There are about 400 species.   They differ in leaf size, height, flower size and colour.  It is one of the top plants for coastal gardens. Though Ixoras prefer slightly acidic soil, most tolerate the high alkaline coastal soil. They grow best in full sun, do quite well in partial shade and they are salt tolerant. Once settled, Ixora need no extra water as they are drought tolerant.  Generally, they require little or no pruning, they can be grown as a hedge. They tolerate hard pruning, when necessary; the pruning’s don’t strike easily.  Scale can cause problems, an early indicator would be black sooty mould on the leaves.    Spraying with water and a little cooking oil works well, but must be re-applied several times to kill any eggs.  (The oil suffocates the insect).  Updated 15/9/2018

Ixoras range of flowers are; Red coccinea, Orange Red, White, and Orange which are easy to grow.  They are happy to grow in open ground, flower freely, and are drought tolerant.  The white species tends to send out suckers, which can be used to source new plants. 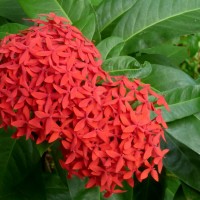 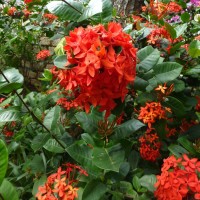 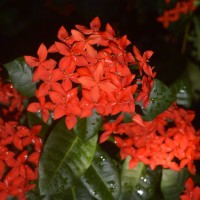 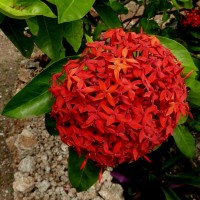 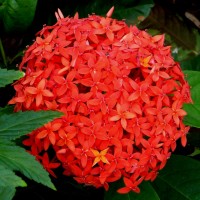 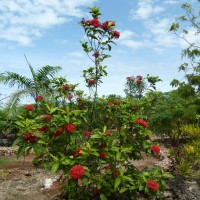 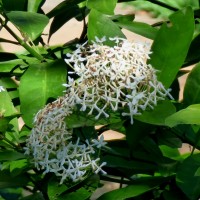 The pink does best in pots.  This is not as free flowering and has smaller flowers.  One problem with the pink is that the birds love the honey from the flowers and when the plant is in full bloom, each morning instead of the flowers being on the plant they have been nipped off and are lying on the ground. 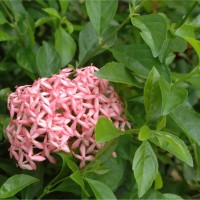 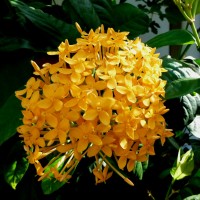 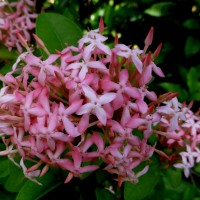 The yellow Ixora is the biggest challenge; it suffers from chlorosis and leaves become pale yellow, sometimes white.  Chlorosis is a condition in which leaves don’t produce enough chlorophyll and thus lack the ability to manufacture carbohydrates through photosynthesis.  If it not treated the plant can die.  There are a number of causes such as mineral deficiency or waterlogged roots but these can vary from plant to plant.  As hard as I have tried with every solution I can find on the internet, I have not been very successful. 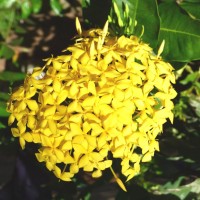 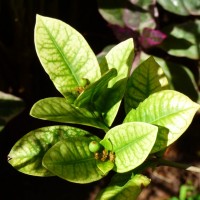 This is a dwarf variety that is easy to grow and flowers profusely but is not as showy as the easy red Ixora. 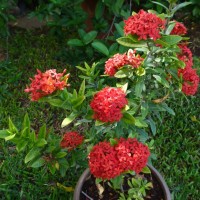