Dianella nigra, a native of New Zealand, is clump forming with strap leathery leaves and insignificant flowers, the blue purple berries that follow are very attractive.  Dianella nigra is a tough plant that is drought resistant and thrives in most soil, though a top dressing before the rains is beneficial. Propagation is by division.  Updated 17/9/2018 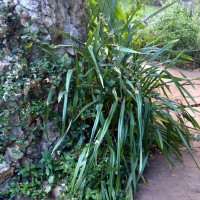 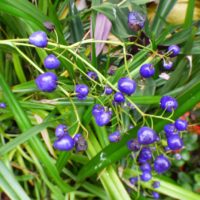 Dierama pendulum was first collected by Carl Peter Thunberg, in 1772.  It is endemic to the Eastern Cape, South Africa.  The name Dierama is Greek for funnel and describes the flower shape, and pendulum is Latin for hanging suspended.

Dierama pendulum likes a sunny position with space to look at its best. The plant should be moved as little as possible as it takes a long time to re-establish and so delays flowering.  Propagation is either by seed, or division of the corms.  Updated 17/9/2018 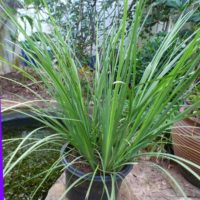 Dieffenbachia is native to the New World tropical areas of North and South America. It was named by Heinrich Wilhelm Schott, the Director of the Botanical Gardens in Vienna, to honour his head gardener Joseph Dieffenbachia (1796–1863). Brazilians regard the Dieffenbachia with much respect as it ‘wards off the evil eye’.   The sap is extremely toxic and may cause very painful swelling of  the mouth and tongue which may even inhibit speech – hence the popular name Dumb cane.

Dieffenbachia grows well in open ground or in pots, but needs to grow in the shade to do well.  It is pest free.  Yellowing of the leaves generally means that the plant is lacking in nutrients; top dress with a mixture of rich compost and manure.

Recent studies have suggested active ingredients in the plant could be a potential treatment for cancer.
Updated 17/9/2018 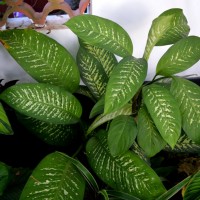 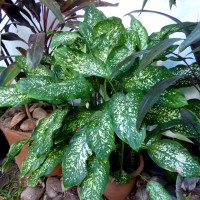 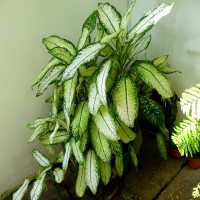 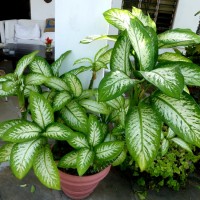 Dischidia, is a genus consisting of some 80 species of trailing, twining or climbing, succulent epiphytes, found throughout the tropics. They are best grown in dappled shade and are drought tolerant.

Dischidia major has modified leaves that offer accommodation to ants, especially of the Dolichoderinae family.  In return, the ants increase carbon dioxide and nitrogen levels and give some protection from animals and other plants.  Myrmecophily is the term applied to positive interspecies associations between ants and other organisms such as plants.  Such associations are widespread throughout the plant world and clearly carry considerable benefits for both ants and plants.

Dischidia nummularia is easier to grow, fixed to a coconut husk, the plant hangs flowering most of the time. 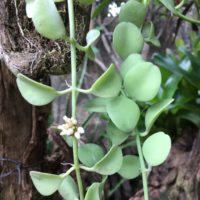 The dracaena family consists of approximately 40 species which are tropical and mostly native to Madagascar and Mauritius.

Dracaena prefer partial to full sunlight, though green leaved forms will do well in shady locations.  All are easily propagated from stem cuttings.  If the leaves die at the tips; it is usually a sign of water shortage.
Updated 17/9/2018

Dracaena aletriformis is one of the easiest to grow; even withstanding the salty sea breezes without any problems.  It is not fussy about soil and is very drought tolerant.  It is clump forming and if left to its own devices will form a large clump and grow tall so, to keep it in bounds, the tall stems may be cut off at ground level, giving room for new shoots.  It is dudu free apart from a grasshopper that spoils the leaves.  Propagate by cuttings which will root easily. 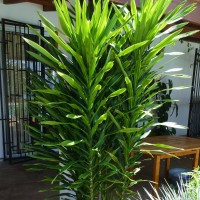 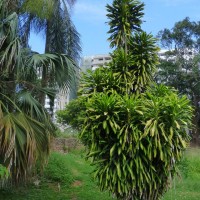 Dracaena fragrans is easy to grow and can be planted in a large pot or the open ground.  It is a little fussier than Dracaena aletriform, it is not as drought tolerant and prefers dappled shade.  Burnt tips to the leaves indicate a lack of water or wind burn. 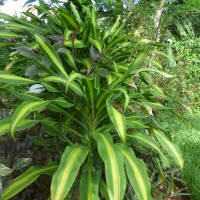 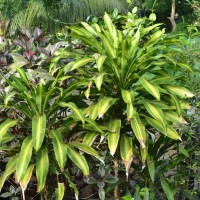 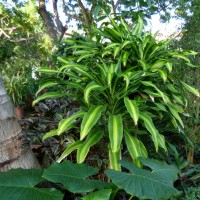 Both Dracaena marginata and Dracena marginata tricolor grow easily in the garden, they are drought tolerant and like full sun.  If not pruned they can become very tall. The best method of propagation is air-layering.  The leaves may get spoiled by grasshoppers. 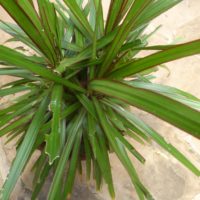 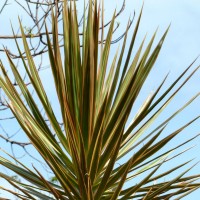 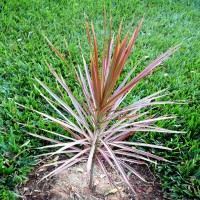 Dracaena reflexa is slow growing and can be grown in the open soil, or in a pot.  It is salt and drought tolerant. 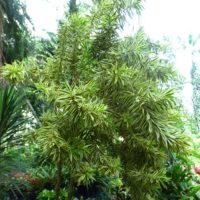 Dracaena thalioides is easy to grow; liking dappled shade and does well in open ground.  It is salt and drought tolerant.  Scale can be troublesome, they can be treated by spraying water with a few drops of cooking oil, which is said to suffocate the scale. 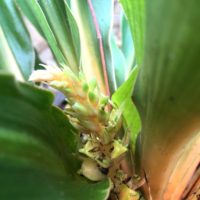 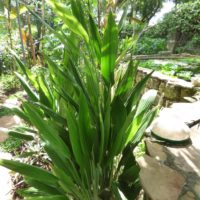 Duranta erecta is native to Mexico and South America,  named in honour of Castor Durantes, a fifteenth-century Italian botanist.

It can be grown as a shrub, a climber, or a hedge and if left to its devices, will grow into a small tree. It is drought resistant and easy to grow.  It can be pruned to improve the shape.

In Queensland and northern New South Wales it is listed among the top 50 most invasive species.
Updated 17/9/2018 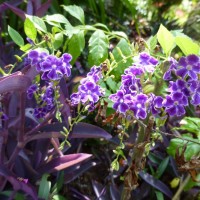 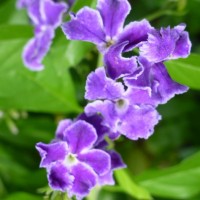 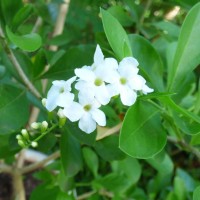 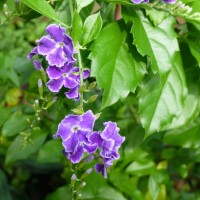 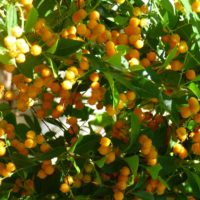